Great little restaurant in Pera, popular with the locals which is always a good sign. On a Wednesday evening there was live music outside by a local guitarist which I'm not usually a fan of but it was at a sensible level and didn't prevent conversation, added to that she was actually pretty good!Wide selection of food at very reasonable prices, although worth noting they don't take cards which is a bit irritating in 2017, especially given that quite a few market stall traders do!Our only small criticism would be the speed of the service, we aimed to drop by for dinner before going to the FIESA "Sand City" nearby, and several hours later we realised it'd be closing shortly! (This isn't an issue in the later summer months as the exhibition is open until midnight)Overall I wouldn't hesitate to recommend Tasquinha Do Joao, but not your best option if you're in a hurry!

A really lovely family run establishment. Many of the dishes are cooked on the outside BBQs so the smell of the food cooking really gets your tastebuds going! The fish is fantasic and super fresh. I can recommend the grilled Dorada, and the delicious swordfish with clams. The Piri-piri chicken is also super tasty. Tables inside and out, and super friendly service at reasonable prices.

What a wonderful restaurant! The prawn dishes were the best I have ever had and that’s saying something as I have been through quite a few in my years. The rest of the dishes we had were excellent too and the staff were great. Don’t miss it if you are anywhere nearby. 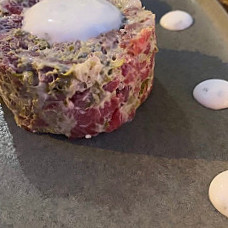 Very good, very friendly and very generous ! The table next to the bar is the best and the team is very cool !Try their awesome portonic !And by the way, the music is very nice !